Magnetic resonance imaging (MRI) is an imaging diagnostic system using radio waves, a magnetic field, and a computer to visualize internal organs of the human body and obtain diagnostic information. An MRI displays images of the body in “slices” similar to that of a CT scan, but it is also able to reflect greater contrast between different types of body tissues.

MRI images are produced without the use of radiation and there are no known side or after-effects. The procedure is painless, noninvasive, and you won’t see or feel anything during the exam. A faint knocking sound will be heard, which is the imaging process in operation. In some instances, contrast agents, such as gadolinium, are used to enhance certain anatomical structures and increase the diagnostic accuracy of the images.

Magnetic resonance imaging is used for virtually all parts of the body and is one of the advanced imaging techniques utilized at Akumin. In addition to its use to view precise details of the head, neck, spine, muscles, joints, and bones, it is also used to image the chest, abdomen and pelvis. Frequently, the differentiation of abnormal (diseased) tissue from normal tissues is better with MRI than with other imaging modalities such as X-ray, CT, and ultrasound.

Open MRI is the kind of MRI that is used for mainly claustrophobic, pediatric, or obese patients. Traditional MRI scanners are a cylinder shape and can be noisy. For some patients, this causes a lot of anxiety and they sometimes avoid or delay undergoing the exam completely. An open MRI helps alleviate some of these concerns since instead of being an enclosed capsule, these machines do not fully surround the patient’s body and are typically open on two or three sides. They also produce lesser noise levels making the duration of the scan less stressful for the patient.

Due to the shape of the open MRI, it is not always possible to take images of certain areas of the body and the images it produces can be of lesser quality as the magnet strength of the open MRI is less than that of a closed or wide-bore MRI. For this reason, an open MRI is not always an option for all patients and some scans must be performed on a traditional closed MRI machine.

Akumin offers open MRI imaging at over 43 center locations in 6 states. Visit our Locations page for a full list of centers and their service offerings.

*Available only at these clinics in West Florida – Boot Ranch, Sarasota, St Petersburg 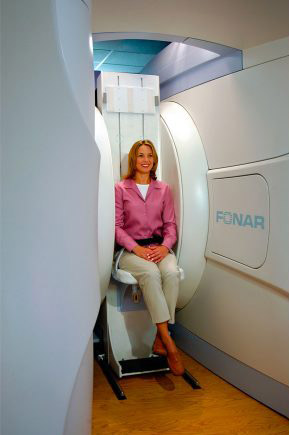 Akumin is proud to offer the latest high field, full-body upright MRI scanner that can scan patients in the sitting or standing position. This technological breakthrough is second to none in the MRI imaging world and can be reimbursed by most insurance carriers at no additional cost to the patient. 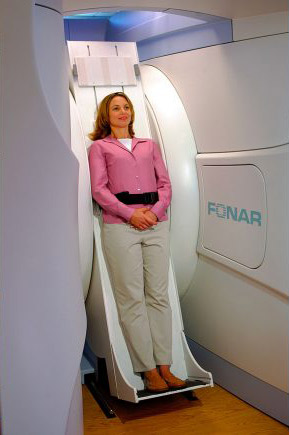 Conventional MR and CT systems are designed so that the patient is scanned in the horizontal position (typically supine) whereas with a Stand-up MRI, physicians have the ability to see all the body’s organs and soft tissues in a variety of positions that include flexion, extension and rotation.

This is especially important when dealing with certain cardiovascular and neurological disorders that exhibit their symptoms primarily when the patient is upright. The same is true of the GI tract and the spine and joints, including hips, knees and ankles. 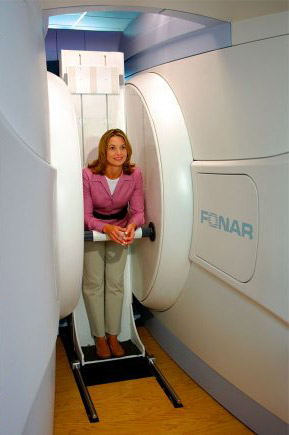 Patients who might be considered for upright MRI include:

Benefits of an upright MRI

Complete the form below to schedule an appointment. Kindly note that not every procedure is available at all of our locations. Select your chosen clinic below to view the procedures offered. To search for all procedures available in your area visit our locations page.